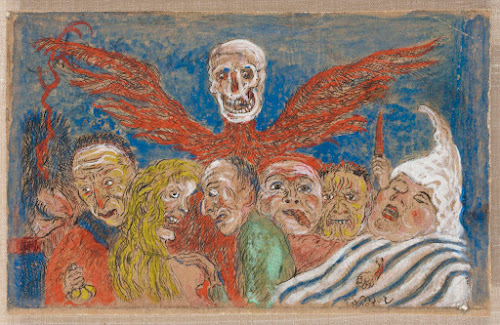 I’ve been thinking a lot about how murder is such a default activity in RPGs.

Combat’s really fun in most games! We’ve gotten really good at building systems that take a fight and cram it full of strategic choices to make, give it compelling (if not especially interesting, usually) stakes, and smooth it out with excellent pacing. In fact, it’s so fun that killing has become this kind of super hard to escape gravity well within game design (both tabletop and digital). People pining for a RPG that makes talking to people or exploring as mechanically robust and interesting as combat is basically a cliche in RPG spaces.

So recently I’ve been trying to think of how to bring that pacing, strategy, and stakes over to things that aren't committing war crimes on goblins. I’ve seen a bunch of takes on ‘social combat’ over the years, and something about them has just never fully worked for me*, despite the idea being super compelling on its face. I’ve been mulling over what about them just hasn’t clicked for me, and it’s resulted in a rough draft of a negotiation system.

Note that this system is wholly untested or balanced, and just one stage more refined at the moment than notes taken on the back of a napkin. Hopefully I’ll have an iterated-on, playtested, more mathematically solid version to post in the future.

*There are lots of RPGs that don’t involve combat that are super fun and work super well for me. They just tend to either keep the mechanics away from softer topics like negotiations, or they give people abilities that can give them an upper hand in discussions (say, the ability to detect lies), but don’t get too involved when it comes to larger flow of the discussions.

This subsystem is meant to be used when the players get involved in a back-and-forth negotiation with a NPC, and is basically just a framework for letting the GM adjudicate how much convincing the NPC needs before they give in or the negotiation falls apart. It’s fairly abstract and open to on the spot tweaking, which is important because conversations and arguments can get weird and are hard to put in a box sometimes. As always with subsystems I make, the fiction takes precedence over the mechanics--this is a metric for making rulings much more than it is a set of hard rules.